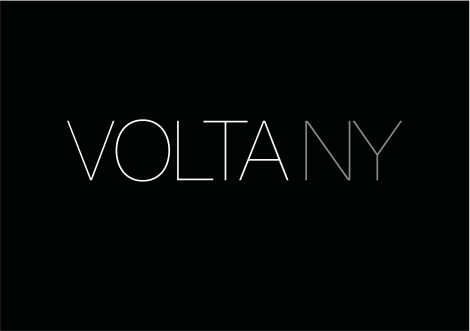 We are pleased to announce PATRICK MIKHAIL GALLERY will be returning to VOLTA NY, the prestigious invitational New York art fair held at the beginning of March during Amory Arts Week, in conjunction with the Armory Show. The gallery will be presenting GENERATE/REGENERATE, a solo project of mixed media works by multimedia artist NATASHA MAZURKA.

Mazurka’s installation, titled GENERATE/REGENERATE, investigates the regenerative nature of pattern languages, which rely on limited means to continuously map and remap the world around us. In her professional practice, Mazurka explores the communicative potential of pattern. Through paintings and embossed drawings, Mazurka responds to the motives and outcomes—social, political, and epistemological—aligned with organizing the world through graphic syntax. By underscoring the elusive character of current technological and natural phenomena that have no concrete visible or physical form, her works bring out the expansive and transitional: that which has no fixed form.

In March 2015, VOLTA NY inaugurates its new home location at PIER 90 in the neighborhood of Hell’s Kitchen, New York City. The landmark move positions it adjacent to Piers 92 and 94, the longtime platform for its sister fair, The Armory Show, and the focal point of March fair season. Moving to PIER 90 allows for synergy between both fairs and their collector bases while retaining VOLTA NY's distinct character and rigorous curation — the foundation for VOLTA's mission since its 2008 debut.

VOLTA NY is an invitational fair of solo-artist projects and is the American incarnation of the original VOLTA show, which was founded in Basel in 2005. VOLTA NY was conceived in 2008 as a focused, curated, boutique event that is a place for discovery. The exhibition showcases relevant contemporary art positions regardless of the artist’s or gallery’s age. By refocusing on artists through solo projects, VOLTA NY promotes a deep exploration of the work of its selected participants. These galleries must maintain deeply meaningful connections with their artists and follow them throughout their careers. In turn, invited galleries exhibit in an elegant venue, elevating their respective platforms for an experience mutually beneficial to fair visitors and the galleries alike.

VOLTA NY is a platform for challenging, often complimentary — and sometimes competing — ideas about contemporary art. Single-artist booths functioning more closely to proper exhibitions rather than traditional presentations proliferate the contemporary fair scene now. VOLTA NY has made solo projects its mandate and foundation from its inception in 2008, offering a prime opportunity to discover the practices of today's most salient artists while refocusing the art fair experience back to its most fundamental point: the art itself.

Natasha Mazurka received a BA from McMaster University and an MFA from Concordia University, where she was the recipient of the J.W. McConnell Fellowship. She has exhibited her work at the Ottawa Art Gallery, Galerie SAW Gallery, Gallery 101, and Modern Fuel. In 2013, she was short listed for the CAO’s RBC Emerging Artist Award. She has been awarded numerous residencies and fellowships, including the Brucebo Fine Art Residency in Gotland, Sweden, and the Vermont Studio Center Painting Fellowship and Residency. Her work can be found in the collections of the City of Ottawa public art collection, Foreign Affairs Canada, and the Canadian Fine Art Collection of Gotland, Sweden. Her work will be on view at the fair, now located at Pier 90 in Hell’s Kitchen, from March 5 to 8, 2015.