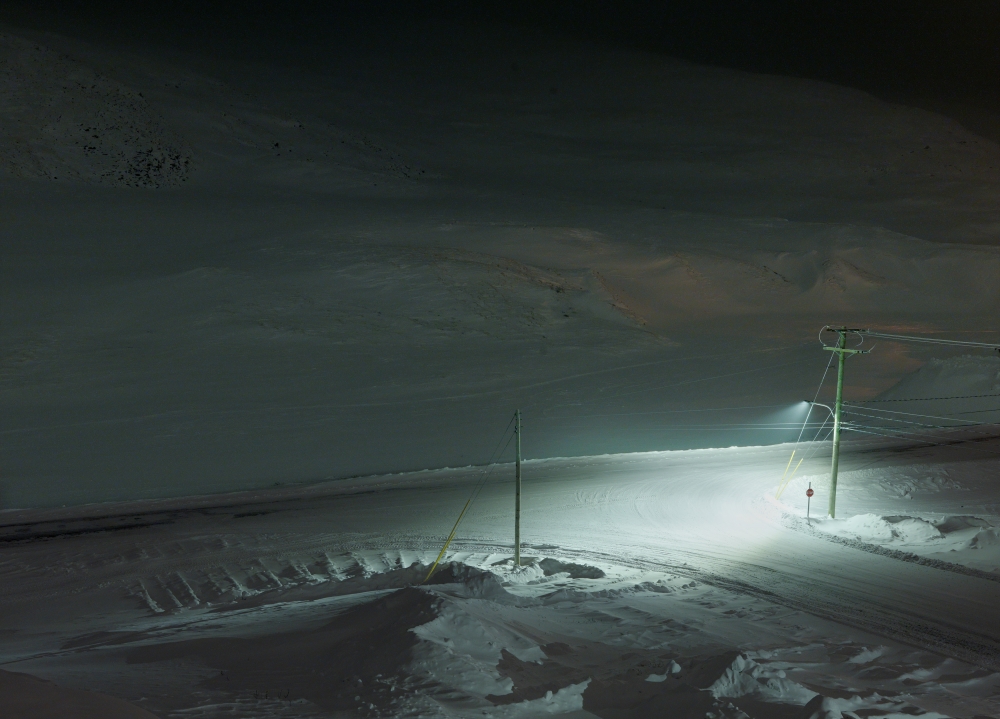 A big part of Canada’s artic is off the grid. No roads go there, telecommunication requires satellites, and in every village electricity is produced with diesel generators on site. As a consequence, every settlement has a small industrial zone which ensures a community’s survival under Northern conditions.

In the last ten year, Thomas Kneubühler has travelled many times to Canada’s far North, where he explored how technology impacted and shaped the landscape. The works presented here are from some small Inuit villages in Northern Quebec, where traditional life is cohabiting with contemporary technology. In addition, some works originate from the military and research station CFS Alert in the High arctic. Located close to the North Pole,  the inhabitants of this station are experiencing polar night from October to early March.