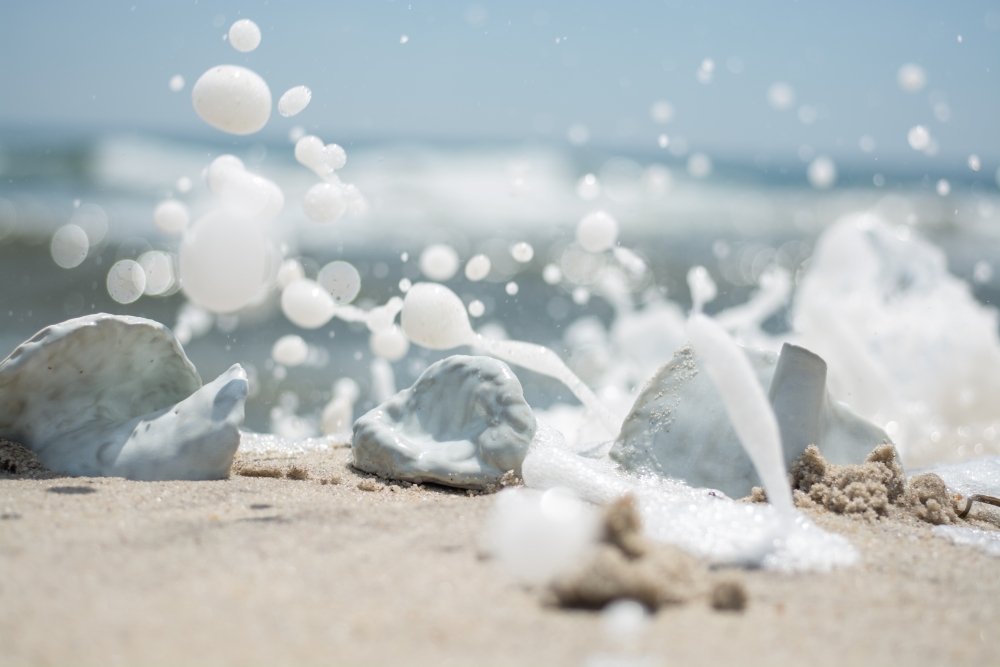 Often photographic, Eve K. Tremblay's multidisciplinary works give way to contemplation and astonishment as well as to the fragmented forms of narration, memory, and consciousness.  Greenhouses, gardens, laboratories, real or imaginary landscapes, allow encounters between often feminine figures and elements. Of late, pyrometric cones and small ceramic sculptures come together at the crossroads of personal narratives, fictions, and reinvented landscapes on the outskirts of towns, villages, and water bodies where she has lived. Installations in gallery spaces cultivate temporary symbiotic relationships and then disperse over time.  The works bear witness to rituals and meditative spaces envisioned to decant the world.