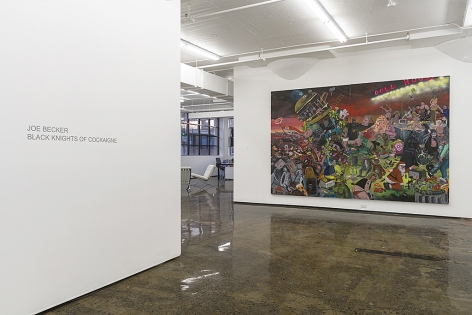 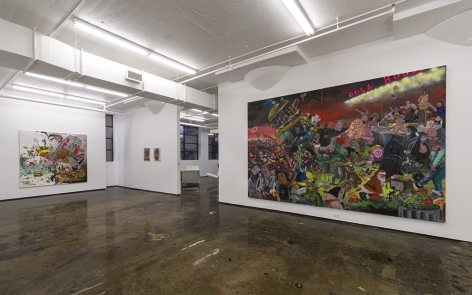 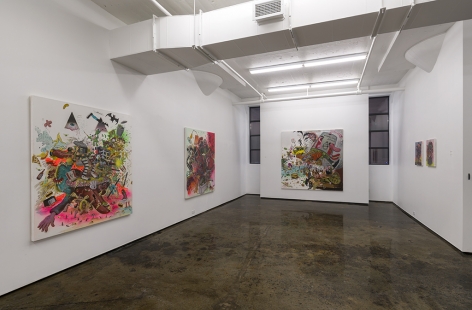 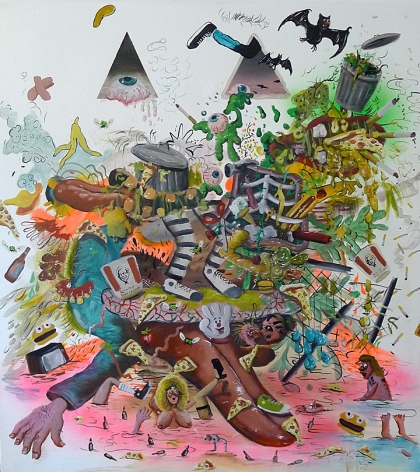 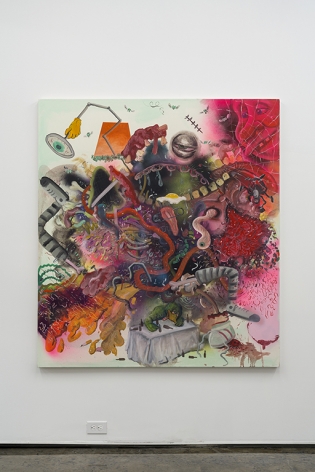 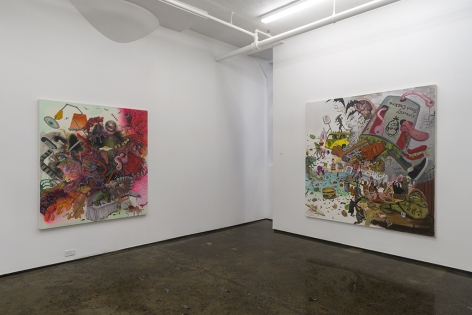 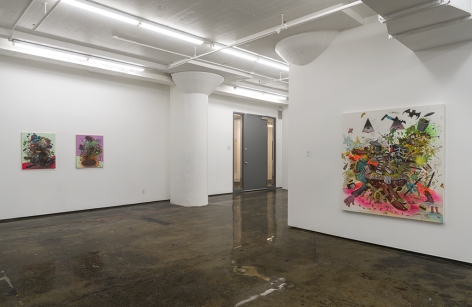 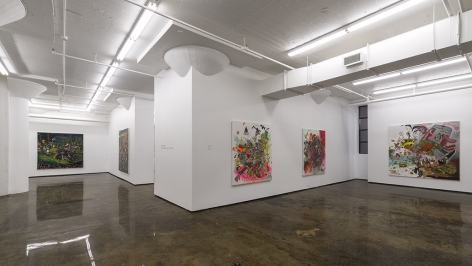 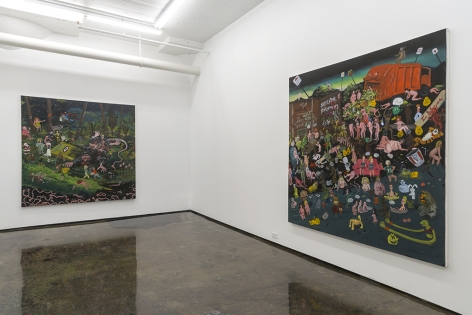 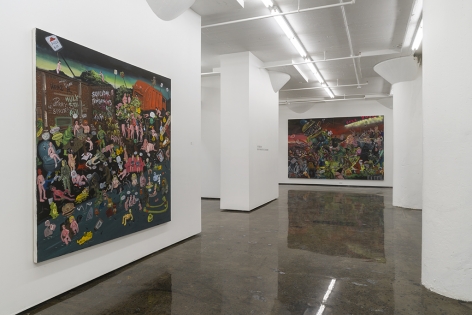 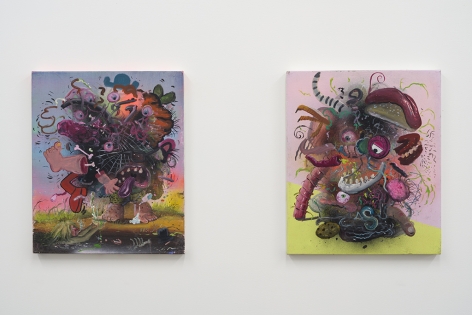 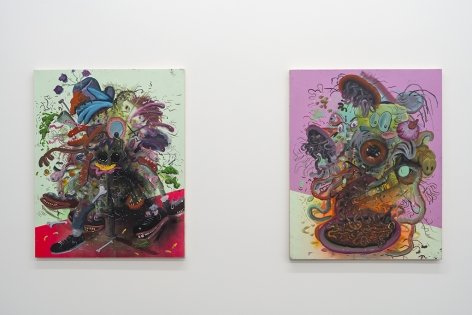 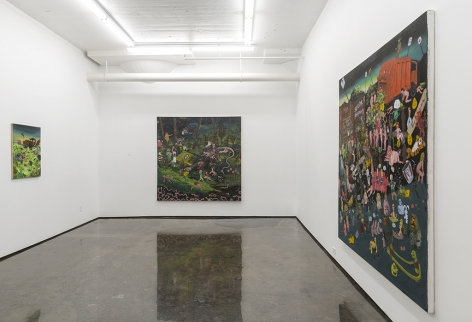 PATRICK MIKHAIL GALLERY is pleased to announce representation of Montréal painter JOE BECKER and present the artist’s first exhibition of new works since his successful and well-received 2013 exhibition at The PHI Centre in Montréal.

In his first solo exhibition with Patrick Mikhail Gallery in Montréal, Becker presents a new body of work entitled BLACK KNIGHTS OF COCKAIGNE. On view from February 24 to March 19, 2016, the exhibition brings together the most ambitious large-format paintings the artist has produced to date.

In Black Knights of Cockaigne, Becker presents canvases that are overloaded with references from his ever-growing index of imagery drawn from popular culture that functions as a laboratory teeming with bizarre invention. These large, sprawling canvases defy easy interpretation and are rife with humor that overflows with narrative. Motifs swarm and clash into each other—cross-germinating in hallucinatory multiplication.

The comically strange, morally corrupt, beer-soaked and often frightening realm depicted in Black Knights of Cockaigne depicts a phantasmagoric, nightmarish world of excess and corruption. Despite the references, Becker’s paintings exemplify a decidedly personal domain that is populated with characters and icons mined from popular culture: Zit-faced rockers that inhabited the suburban landscape he grew up in during the 1980s merge with an aged alcoholic E.T. the extra terrestrial; melting snowmen; a suicidal anthropomorphic Prozac pill, that coexist with a tighty-whitey-clad, self-loathing doppelganger. All of the codified characters appear in his work over and over again, as if they exist autonomously in a dazed hung-over state.

There are many recurring themes and subjects in Becker’s work: corrupted innocence, notions of nostalgia, decay, and mass-marketed characters and icons of his youth. These themes have remained important to his practice throughout the years for a variety of reasons. They are part of our shared social and cultural anxieties. The work takes many forms. Visceral composites plundered from cartoons, humor magazines, horror movies, VHS covers, video games, Topps trading cards, and illustrations from childhood all mix together into a primordial stew. The resulting efforts create an agitated universe besieged with agonizing gluttony, toilet humor, wacky scenarios, and rich amalgams of personal and cultural detritus. The repetition of artifacts and codified characters—each with their own assigned proclivities—exist within a space that is loaded with red herrings, inside jokes, and jumbled memories.

Recently, Joe Becker has exhibited his work at The Phi Centre, Montréal (2013), as well as in exhibitions in New York, London, Leipzig and Los Angeles. His work has been included in Carte Blanche Vol 2. Painting, The MOCCA, Toronto (2009).  His paintings can be found in many private and corporate collections in Canada and the U.S. including the Absolut Collection - M.O.M.A. New York. He has participated in numerous international art fairs including: Aqua Miami, Pulse L.A., Scope New York, Scope Miami, ARCO Madrid, and DC Duesseldorf Contemporary.  He is the recipient of the 2013 Tom Hopkins Memorial Graduate Award and the 2014 Lillian Vineberg Graduate Award.  Becker received his BFA from OCADU in 2003 and MFA in drawing and painting from Concordia University in 2015.